The latest figures from the US Justice Commission for Multilateral Litigation show there are more than 4,200 lawsuits against Nexium, Prilosec, and other proton pump inhibitors. Nexium and Prilosec are two over-the-counter medications and the most commonly used drugs to treat common heartburn.

These and other IPAs such as Prevacid have been at the focus of several recent heartburn drug legal actions as consumers suffer from kidney complications such as kidney damage, chronic kidney disease, and acute interstitial nephritis, kidney failure. 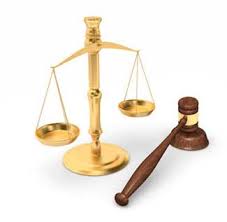 The lawsuits against Prilosec and Nexium allege the IPA manufacturers failed to warn patients about the risk of chronic kidney disease, kidney/kidney failure, acute kidney damage, or acute interstitial nephritis. These are kidney problems that may require dialysis or may lead to the patient's death.

Recent news reports reflect the many health risks posed by IPA. A new study shows that some acid medications called proton pump inhibitors, used by millions in the United States, are linked to a higher risk of death. These medications are available over the counter and are used to treat ulcers, heartburn, and a number of other digestive problems.

Other recent studies have also linked PPIs to a number of potential health risks, including kidney disease, heart disease, fractures, stomach infections, dementia, and pneumonia. PPIs such as Nexium and Prilosec suppress excess stomach acid. Prescription formulations are typically used by patients with severe medical conditions for long periods of time, whereas low-dose OTC formulas are approved by the U.S. Food and Drug Administration for short-term use only.